Bhutan rises between the high mountains and Asian valleys of China and India, absorbing their influences and generating in itself a multiplicity of customs and religions that vary from one region to another with singular mysticism.

Its name can derive from the Sanskrit word “Bhu-Uttan” which means “High Land”. According to another theory, it would also derive from Sanskrit, from the word “Bhots-ant”, which means “end of Tibet” or “south of Tibet”. Be that as it may, some Butanenses, the Dzongkha, call their country ‘Druk Yul’ (Land of the Dragon). Because of the serenity and virginity of the country and its tourist places, Bhutan is now sometimes known as The Last Shangri-La.

The Kingdom of Bhutan has remained voluntarily isolated from the outside for centuries, this isolation has given Bhutan a halo of mystery and authenticity that together with its spectacular alpine landscape make it one of the most coveted destinations for all travelers who can afford the elevated price of your permits.

Places to visit in Bhutan

The capital of Bhutan is located on a beautiful wooded valley surrounded by hills on the banks of the Chhu (river) Thimbu. It is the only capital in the world that does not have traffic lights. The colorful and artistic facades of its buildings give the city a medieval feel. The Trashi Chhoe Dzong (the Fortress of the Glorious Religion) is the symbol of the capital, which currently houses the offices of the king and the central monastic body. The School of Arts and Crafts is interesting to learn about the local crafts that children make, and in the same campus, students have mounted their stores with more than reasonable prices. In the center of Thimbu is the Weekend Market with great offers. If you have little time, try to be in Thimbu on a Saturday or Sunday to see the market. Nearby is the Changlimithang Stadium where archers celebrate their competitions accompanied by spectacular rituals. The National Institute of Traditional Medicine keeps an ancestral wisdom about what is now called herbal medicine and natural remedies. Very touristy is also the Memorial Chorten.

To the west of Bhutan, it is a city that keeps the most spectacular and ancient dzongs and temples in the whole kingdom. Airplanes bound for Bhutan always land in this magnificent city. With beautiful landscapes and historic buildings, Paro has, in a few kilometers, many places to visit, and its visits are full of spirituality. Unfortunately, in April 1998 a fire destroyed almost the entire Taktshang Monastery, the most photographed and famous site in Bhutan, 900 meters above sea level, but it is being restored. It is also known as “The Tiger’s Nest”, as the legend tells that Guru Rinpoche flew over the temple mounted on a tigress, in the remote eighth century. In this city, taxis are scarce.

It is the spiritual heart of Bhutan, one of the oldest and most valuable places in Buddhism. The city hosts the most important temples, palaces and dzongs of the kingdom. The Dzong of Jakar is the largest in the country. The Jambery Lhakhang temple offers the most spectacular festivities in Bhutan in October. On the outskirts of the city you can see the way of life of the Bhutanese, which has remained the same for millennia. 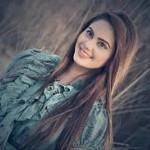