Dubai is the largest and most populous city in the United Arab Emirates (UAE) and the capital of the Emirate of Dubai. Located on the southeast coast of the Persian Gulf, Dubai is a global city and the business hub of the Middle East. It is also a major global transport hub for passengers and cargo. Oil revenue helped accelerate the development of the city, which was already a major mercantile hub. Today, less than 5% of the emirate’s revenue comes from oil. A center for regional and international trade since the early 20th century, Dubai’s economy relies on revenues from trade, tourism, aviation, real estate, and financial services.

Dubai has attracted the attention of the world through large construction projects, opulent hotels and hosting major sports tournaments.

The Dubai Fountain, located at the base of the iconic Burj Khalifa and just outside the doors of the famous Dubai Mall, features the world’s largest choreographed fountain system. This popular dancing water show jets water streams as high as 150 meters in the air. Each colorful, illuminated jet sways in time to various musical numbers from around the world, producing what has become the one of the most popular shows in Dubai. Two showings occur in the afternoon (1 pm and 1:30 pm), except on Fridays (1:30 pm to 2 pm) and evening displays begin at sundown and take place every 30 minutes until the final song plays at 11 pm.

Standing 828 meters high, the Burj Khalifa is hard to miss. The world’s tallest tower naturally dominates the Dubai skyline, but the true majesty of the building is best appreciated up close or, even better, from inside. On a clear day, the view from the observation deck on level 124 is absolutely stunning, topped only by the view from the luxurious At The Top Sky Lounge on the 148th floor. And for those who would like to linger for a meal in the clouds, Atmosphere on level 122 is the place to be.

Abu Dhabi, the capital of the United Arab Emirates, sits off the mainland on an island in the Persian (Arabian) Gulf. Its focus on oil exports and commerce is reflected by the skyline’s modern towers and shopping mega centers such as Abu Dhabi and Marina malls. Beneath white-marble domes, the vast Sheikh Zayed Grand Mosque features an immense Persian carpet, crystal chandeliers and capacity for 41,000 worshipers. 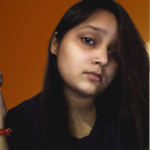